Funded by the Foyle Foundation and Garrick Charitable Trust, The Play Park is a pilot residency programme (28 March – 4 April 2022) for mid-career theatre makers which takes shape around ideas and acts of ‘thresholding’: finding, inhabiting and expanding the edge between forms of practice, physical environments, species, social spaces, and gestures of communication. It will be led by practitioners who work on and across boundaries of theatre, dance, literature, visual arts and film, and whose own investigations have produced new forms of storytelling, interspecies collaboration and ethical reorientation. There will also be individual dialogues and facilitated movement, object manipulation and environmental research workshops on and around the Cove Park site. Over the course of a week, we will consider dramaturgy as a relational practice with wide and deep cultural application and explore together ways of understanding and navigating with awareness and care the entanglements, complexities and interdependencies of the creative process. More on this here.

Lu Kemp (Dramaturgical Lead) is an award-winning theatre director and dramaturg with a distinctive reputation for her work in new writing, physical theatre and dance. She is Artistic Director of Perth Theatre, Scotland. Lu is an Associate Artist with the internationally renowned company Inspector Sands, for whom created and directed The Lounge (subsequently adapted and toured by the Riksteatern – National Theatre of Sweden), Mass Observation (Almeida), and If That’s All There Is (which won the Edinburgh International Festival Fringe Award). For Perth Theatre her work includes: Moliere’s Don Juan, Wilde’s The Importance of Being Earnest, Kes by Robert Alan Evans, Six Inches of Top Soil and the Fact it Rains by Kieran Hurley, Shakespeare’s Richard III and Knives in Hens by David Harrower. As a freelance director her work she has worked for The Citizens, The Royal Lyceum Theatre, The National Theatre of Scotland, Artangel, The Tricycle, Almeida and The Royal Shakespeare Company. Lu has worked as a dramaturg for both theatre and dance companies including Dance Xchange Birmingham, Rambert, Sadler’s Wells and The Place in the UK, and de Stilte Dance in the Netherlands. Lu began her career as the Scottish Arts Council Trainee Theatre Director at TAG, Citizens Theatre. She later trained on the LEM at Lecoq, Paris, and with Anne Bogart’s SITI Company, New York.

Alex Bird (Puppetry) is a co-founding member of Tortoise in a Nutshell where he has helped to create and tour numerous projects and multi-award-winning pieces across Scotland, the UK and wider world. His work is driven by a desire to make theatre that inspires, incites conversation and explores our collective imagination. Alex’s primary background is as a performer/puppeteer and co-creator where his credits include The Lost Things, Feral (Winner Scotsman Fringe First, Winner Kotorski Festival Grand Jury Prize, Nominee Total Theatre Awards, Nominee Drama Desk Awards), The Last Miner (Nominee Arches Brick Award), Grit (Nominee Arches Brick Award, Nominee Total Theatre Awards) and Fisk (Winner Outstanding Performance Kotorski Festival). Alongside this he has extensive experience as an independent theatre and puppetry workshop leader, puppet maker and producer. He provided voice performance for the short film Cleaning in Progress by Grant Holden and has worked for numerous arts organisations across Scotland, such as Imaginate and Musselburgh’s Catherine Wheels. Alex has lived in Leith, Edinburgh, for 17 years and has recently become a dad. He is completely clueless about this part of his life and wings it on a daily basis.

Xiaolu Guo (Writing) is an award winning Chinese British novelist, essayist and filmmaker. Her novels include A Concise Chinese-English Dictionary for Lovers (Orange Prize Shortlist 2007), Village of Stone, and I Am China (a 2014 NPR’s Best Book). Her memoir Nine Continents won the National Book Critics Circle Award 2017 and shortlisted for the Royal Society of Literature Award, Costa Award and it was a Sunday Times Book of the Year. Her recent novel A Lover’s Discourse is shortlisted for the Goldsmith Prize 2020 and longlisted for the Orwell Prize 2021. She also directed a dozen films, including How Is Your Fish Today (Sundance Official Selection 2007) and won the Grand Jury Prize at the International Women Film Festival, France. UFO In Her Eyes was premiered at Toronto (TIFF 2010) and produced by the renowned German-Turkish filmmaker Faith Akin. Her feature She, A Chinese received the Golden Leopard Award at the Locarno Film Festival 2009. Her documentaries include We Went to Wonderland (premiered at the MoMA /New York 2008), Once Upon A Time Proletarian (Venice Film Festival 2009), Five Men and A Caravaggio (BFI London Film Festival 2018).

Mamoru Iriguchi (Interdisciplinary Practice; he/him) is an Edinburgh-based performance artist and theatre designer with a background in zoology. His performance work explores 2D and 3D, liveness and pre-recorded-ness, and gender and sexuality. Surrealist humour and DIY use of digital technology are often found in Mamoru’s projects. His performance pieces include ‘Sex Education Xplorers (S.E.X.)’ (Made in Scotland Showcase, Infallible Award, Creative Edinburgh Awards shortlister), ‘Eaten’ (CATS nominee), ‘4D Cinema’ (Autopsy Award), ‘PAINKILLERS’ (The Yard NOW commission), ‘One Man Show’ (The Place Prize commission), ‘Projector/Conjector’ (Aerowaves Twenty14), and ‘Into the Skirt’ (Mousonturm commission). He is currently working on ‘What You See When Your Eyes Are Closed / What You Don’t See When Your Eyes Are Open’, which is about visual perception and liveness. He also makes participatory and one-to-one projects including, ‘The Tallest’ (Tate Early Years & Families commission) and ‘I’m so Confessional’ (Wellcome Collection, Sexology Exhibition commission). During the pandemic, Mamoru made digital performance pieces including ‘World Jam’ (National Theatre of Scotland), and ‘At the Ends of the Day’ (Tramway ‘Performance Now’ commission: Take Me Somewhere / In Between Time). His theatre design work includes ‘Mincemeat’ (Cardboard Citizens, Best Design, London Evening Standard Theatre Awards) and ‘The Pink Bits’ (Mapping 4D, Oxford Samuel Beckett Theatre Award). www.iriguchi.co.uk

Tim Licata (Movement – Feldenkrais) studied Theatre and English Literature at Vassar College in the USA and trained in acting at the Piven Theatre Workshop, Chicago and with Philippe Gaulier and Monika Pagneux in Paris. Tim qualified as a teacher of the Feldenkrais Method of Awareness Through Movement with Movement Educators, Sante Fe, NM in 2003. Tim has recently completed his Level 1 qualification in British Sign Language. Tim is a part-time lecturer teaching Movement in Performance on the BA Performance course in BSL/ENGLISH at the Royal Conservatoire of Scotland. Tim is a co-artistic director of Plutôt la Vie theatre company which he founded in 2003 with Ian Cameron. Plutôt la Vie creates and tours imaginative, visually driven theatre throughout Scotland and the UK. With Plutôt la Vie Tim has created and performed in By the Seat of Your Pants, A Clean Sweep, Flik Flak: The Story of an Angel & a Demon, Clandestine Clowning and directed First You’re Born, The Builders and Couldn’t Care Less. In 2014, Tim translated and performed the UK premiere of La Tragedie Comique by Yves Hunstad and Eve Bonfanti. As a freelancer, Tim has worked with, among others: The Royal Lyceum Theatre Company, Catherine Wheels, Cumbernauld Theatre, Communicado, and Dundee Rep. Tim has trained as a mentor thorugh the FST Mentor Training Programme in 2009.

Rita McDade (Interpretation & Translation – BSL) serves several roles within her employment at The Royal Conservatoire of Scotland – Translator Lecturer and Co-ordinator, and in recent years develop a new Dramaturg role. Rita co-teaches on the ground-breaking Register & Text module as part of the BA Performance in BSL (British Sign Language) Undergraduate Degree Programme. In addition to that, Rita also created and is involved with co-ordinating & teaching the BSL Foundation Options module. Rita because the first BSL Training Officer with the Scottish Association of Sign Language Interpreters (SALSI) and the UK. During her time with SALSI, she also became the co-founder of the Interpreting in BSL & English Skills undergraduate degree programme at Heriot Watt University within the department of Languages and Intercultural Studies which led to the creation of a full time MA BSL Interpreting programme at the same institute. Over many years, Rita accumulated multiple roles ranging from being an experienced BSL language/intra-linguistic expert, teacher, cultural mediator, translator and mentor. Whatever spare time she has is spent with her friends and family.

Chris Thorpe (Storytelling) is a writer and performer from Manchester. His work is produced in the UK and internationally. He has ongoing collaborative relationships with many artists including Rachel Chavkin (Confirmation, Status, A Family Business) Rachel Bagshaw (The Shape of the Pain), Lucy Ellincson (Torycore) Portuguese experimental company mala voadora, Yusra Warsama, Hannah Jane Walker and as a dramaturg with Javaad Alipoor (The Believers Are But Brothers, Rich Kids, Things Hidden Since the Foundation of the World). As a playwright he has written for many buildings including the Royal Exchange (There Has Possibly Been An Incident, The Mysteries) the Royal Court (The Milk Of Human Kindness, Victory Condition) and the Unicorn (Hannah, Beowulf). Upcoming work includes Always Maybe The Last Time for the Royal Court, looking at the psychology of the climate crisis, A Family Business for China Plate and Staatstheater Mainz, looking at nuclear weapons policy, local activism and international diplomacy, and development of a new TV series with the BBC. He was a founder member of Unlimited Theatre and is an associate of live art company Third Angel.

​Jack Webb (Movement – Dance) is an award-winning independent choreographer/director, movement director, dancer and teacher based in Edinburgh, Scotland, and has been working internationally for the past 16 years. He creates evocative and compelling dance performance that is strongly rooted in the dancing and moving body. His practice is concerned with a variety of enquiries that explore ways in which to transform and deconstruct the body, states of consciousness and being, distortion of the body and creation of dynamic softness and flow. His work is often influenced by and attempts to connect to the goings on in nature and in society, is of an existential nature and attempts to zoom in on the inner and outer landscapes of the performer and audience. Jack’s current enquiries are focused on finding choreographic languages that hone in on the human experience, purity of movement and image, life and movement in the in-between spaces and themes of belonging, loneliness and place that explore the longing for connection and meaning that exists within all of us. www.jackwebbdance.com 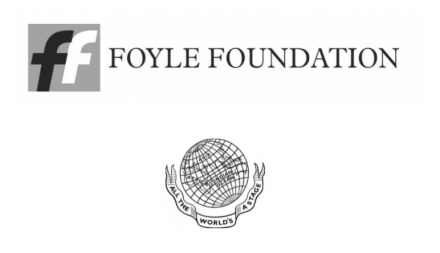