Tamika Galanis is a documentarian and multimedia visual artist. A Bahamian native, Tamika’s work examines the complexities of living in a place shrouded in tourism’s ideal during the age of climate concerns. Emphasizing the importance of Bahamian cultural identity for cultural preservation, Tamika documents aspects of Bahamian life not curated for tourist consumption to intervene in the historical archive. This work counters the widely held paradisiacal view of the Caribbean, the origins of which arose post-emancipation through a controlled, systematic visual framing and commodification of the tropics. Tamika’s photography-based-practice includes traditional documentary work and new media abstractions of written, oral, and archival histories. Hacking the Narrative is a multimedia project composed of photographs, film, and sculptural objects that shed light on the conditions in which Bahamians live outside of the mythical promise of paradise.

Images from the photographic series, The Constituency, account for life outside of the scope of tourism beautification—communities whose residents have been rendered invisible by the tourism industry, and without whose labor it would be nonexistent. These photographs function as a critical lens through which to capture what seems to be lacking in the region’s historic photographic collections: nuance. Countering the images commissioned to construct a mythical ideal to draw foreigners to Bahamian shores, Tamika’s photographs lift the veil on life beyond resort walls—good, bad, and ugly—forcing us to grapple with the complexities of socioeconomic marginalization in a place where the paradise narrative has long eclipsed all others.

Using the Pacific-native lionfish—invasive species in the Atlantic Ocean—as a literal and metaphorical representation of the effects capitalism has historically wrought on the Caribbean, Tamika uses film and sculptural elements of Hacking the Narrative to draw on parallels between the population and the environment: conceptualizing the parity in exploitation between the people and the reef environs—positing that the people and the reef are the same. When the Lionfish Came is an experimental, short film that layers Junkanoo and underwater footage to symbolize what is at stake in this disappearing culture. The Human-Coral Hybrids are 3D-printed sculptural objects that fuse African faces with coral crowns. They are a requiem for the invisible: both the Africans forced across the Middle Passage establishing the Diaspora to the Caribbean and present-day-Bahamians. Tamika is based in Durham, North Carolina where she earned a Masters of Fine Arts in Experimental and Documentary Arts from Duke University.

The World Reimagined is a ground-breaking, UK art education project to transform how we understand the Transatlantic trade of Enslaved Africans and its impact on all of us so that we can make racial justice a reality, together. Supported by official presenting partner SKY, the project will see a trail of large Globe sculptures across seven cities including: Birmingham, Bristol, Leeds, Leicester, Liverpool City Region, London and Swansea. From 13 August to 31 October 2022, the globes will be displayed across these cities, each responding to an element of historic slavery. The trails are at the centre of learning, community and heritage programmes that invite everyone to take part. The World Reimagined is a vibrant project that will inspire pride in what it means to be Black and British and help us all better understand what it means to be British. The World Reimagined artist residencies have been funded by The Arts Council England. 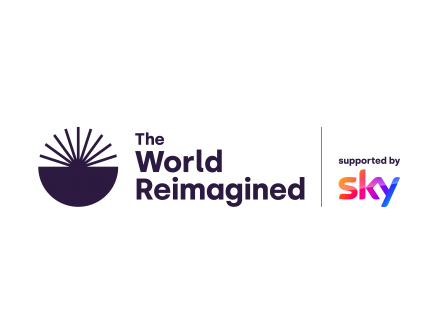